Interview with Dena Kimball, Executive Director of the Kendeda Fund 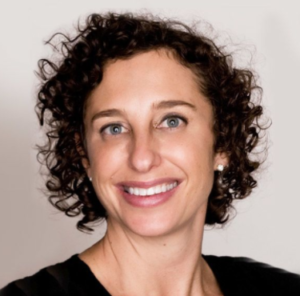 Dena Kimball elaborates on why she believes cultural assumptions through paradigms and structural policies cause inequity particularly for young girls. She also speaks about the importance of  measurement tools used to monitor inequity as this speaks directly to what communities value and influences policy making.

Q.What does the concept of equity or equality mean for your foundation and why is it important?

because there is so much individual decision making.. We are concerned with equity in our work in girls rights around child marriage in South Asia or more broadly at our sustainability and environment work in developing countries.

Q.What programs do you fund that promote equity for children and child rights and what are the criteria that guide your selection?

A:We made one of our largest grants to children, focusing on girl rights in India, Bangladesh and Nepal.  Part of our fundamental belief about existing inequities is in part that they are created for girls out of two main things: one is a set of cultural assumptions through paradigms that a country or region has adopted and the second is the structural policies that are in place.  That can make inequity persist over multiple generations.  Thus we finance programs that address those two causes.

When addressing cultural causes, programs and solutions have to be driven by communities themselves. It is very hard to think of what are the roles of funders and I think

for me it is about finding local leaders, community based leaders, people who are doing things differently which can be seen as a negative cultural dynamic and investing in those people. A lot of our portfolio is focusing on grants on grassroots leaders or grassroots groups who are thinking through a rights based approach but are really doing it in a way that is most relevant to their local community.

At the same time we fund a second set of programs that ideally is going to empower the leaders with an ability to be effective advocates and also to help connect their experiences with the broader dialogue that is happening in the halls of the UN.  So a lot of what we’ll do is not just fund community based work but find a way to connect that to broader dialogue at national or international levels.

Q.You said earlier one of the main causes are cultural?

A: That is my point of view around particularly girls rights. There is a devaluing of the girl child and that plays itself out in a lot of traditions, perspectives and expectations on families. For me something like dowry is coming out of a devaluation of girls and if families were coming from a position where they felt like having girls is a major asset then culturally it makes sense not to have a dowry practice.

Q.What priority action should be taken to address inequities?

A: I think what matters is what is measured and what is valued. What is measured is in the end what is valued. We need alternative measurements that are valued by communities or societies or countries. Alternative measurements that are valued lead corporations to make a different set of choices. The last set of Millenium Development Goals unleashed is a ton of money, a focus and resources on

a very specific set of problems. Now, there is such an opportunity in what we are valuing and measuring in this next go around and bring more equity into that conversation. One of the biggest challenges we face is now figuring out what we are measuring and how do we create and find the set of measures?

Also, every measurement has unintended consequences to it. Take for example prevention of child marriage which is very much at the heart of what we are doing and is very much on our radar for the next set of development goals post 2015. There is so much value in saying ok to  what age girls are getting married. That tells you a lot about how the community is valuing its girls. It is entirely possible for a society to say ok we are going to raise the age from 15 to 18 but nothing else actually changes about that. Now every measurement has flaws and at the same time if you make a mistake we will fall away from measurements it can still be helpful and catalytic and attention on this set of problems but that is one of the interesting places we are sort of playing in right now. We would welcome additional leadership from all of our colleagues to figure out a set of measurements that is as impactful and responsible as possible.

Q.We already started to talk about evidence based strategies and the importance to measure. Do you know of strategies that have shown evidence of success in terms of addressing inequities?

A: At a broad level, I would consider a fair collective evidence in the global south. Investing in girls and women generally has very big societal dividends. We have seen generational effects of investing in girls and women.  We know today how critical education is either whether it is in the US or abroad, not just access to education but quality education and there has been a fair bit of good work done to improve access to education but in many cases there is a quality issue, that is the next frontier.  We rely on this evidence. One of the challenges of investing in community based work is to also take into account a whole set of negative evidence, of practices that did not work, for instance top down approaches. Those often fail to achieve sustainable change because they are not raised in specific contexts of that community. I think the challenge is that the evidence on community based approaches is largely often times qualitative and that’s where a lot of  funders have not invested. So we are now committed in our foundation to contribute  to the overall learning and talk about effective community based initiatives.

Q.What are the major issues for your organization to address inequities for children?

A: I would say a major challenge facing our organization which might be slightly different from the major challenges in general is obviously we are in a much better position to address equity in the United States than they are in South Asia. I think the outsider status is a major challenge that we are really facing.  And yet we feel a moral responsibility to be engaging beyond our own borders but  really understanding what is happening in another country and in another community is very hard.  So we have to rely upon trusted insiders who can be our guide.

Measurements, as I mentioned before, is another one and I think the third is that in many ways achieving real equity requires a lot of disruptions to existing power structures, existing ways of being and that’s very threatening to a lot of people. How you do that in a way that is powerful but also respectful is very hard and the forces of the status quo are always stronger and are often stronger than the forces of change. Part of what I think our work requires is building the movement so that windows of opportunity for change open we are ready to jump into them.

Dena Kimball is the Executive Director of the Kendeda Fund. Formerly, she served as the Vice President of Network Support of Teach For All, the Vice President of Alumni Affairs and the Deputy Vice President of Admissions for Teach for America, and as the Executive Director of GirlVentures in San Francisco, a nonprofit organization with a mission to inspire adolescent girls to develop and express their strengths.Dena holds a bachelor’s degree in political science from Emory University in 1993 and a master’s degree in public policy from the John F. Kennedy School of Government at Harvard University in 1998.Dena is a Trustee of the Arthur M. Blank Family Foundation, and was the founding Chair of American Jewish World Service’s Global Circle. She is married to Josh Kimball and they have a daughter.