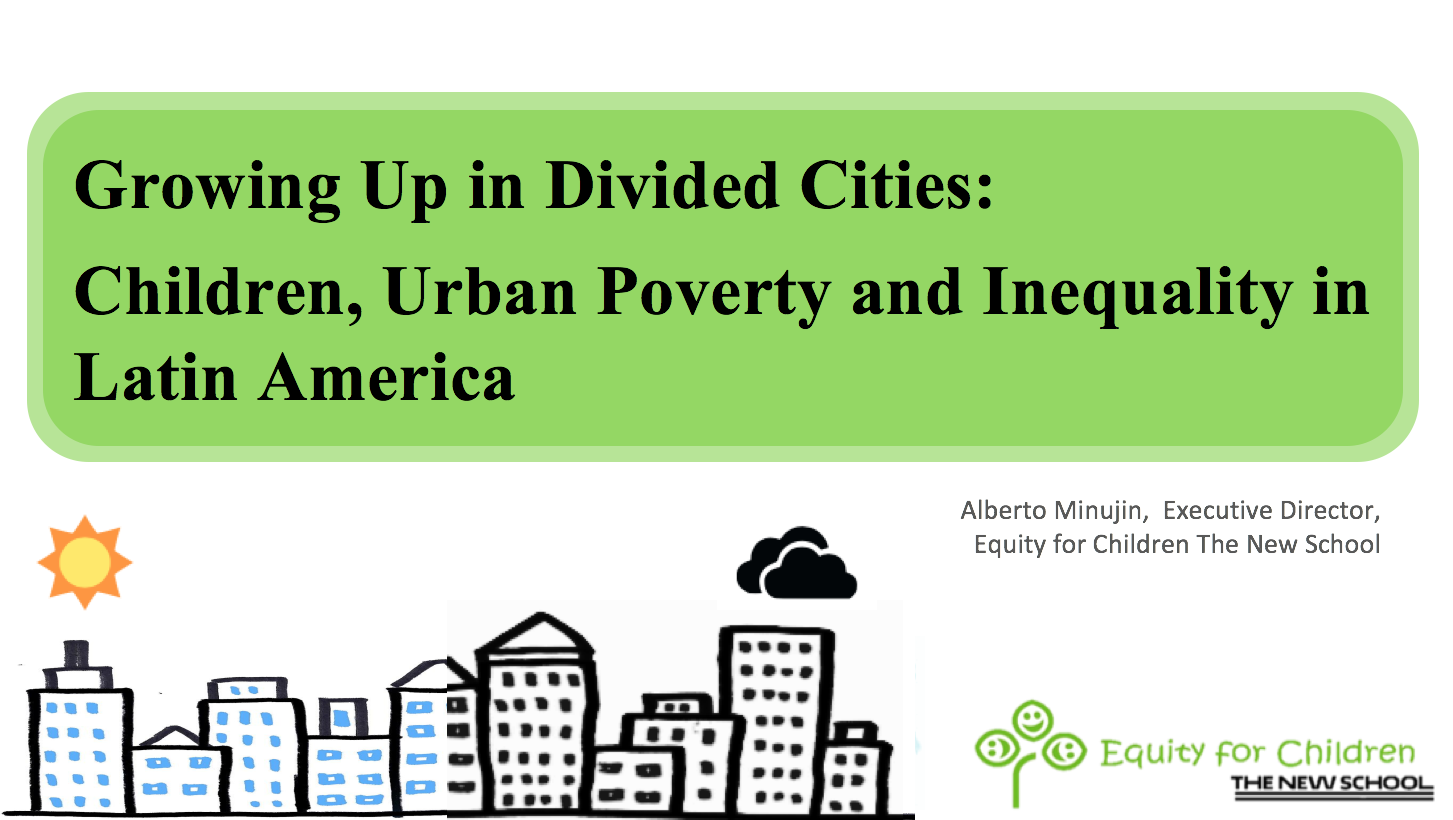 Poverty and inequality are major impediments to social welfare and development. They tend to reproduce a vicious circle that can be observed in recurrent deprivations and exclusions affecting not only daily life, but also the potential for development and the exercise of economic, social, civil, cultural and political human rights.

Child poverty and inequality are extremely relevant when analyzing the conditions for a welfare state because they negatively impact the societies and generations to come, contributing to an intergenerational transfer of poverty.

The Sustainable Development Goals (SDGs) set ambitious targets to be reached during the next fifteen years. The general trend, however, is not looking good at the beginning of 2016. The number of poor in Latin America, for example, is increasing and the poverty rate is expected to be 29% for 2015, with an extreme poverty rate of 12%. Children are over-represented among the poor in the world, and even in well-off countries such as Norway figures for the period 2002-2012 show an increase from five to eight percent in the number of children living in relative poverty. In Latin America most of the children live in cities and intra-urban inequality is a deep and growing issue of concern.

This panel addressed conditions required to construct just societies by focusing on the sociological, economic and cultural aspects that contribute to the reproduction of child poverty. The dialectical interaction of child equity and welfare were examined and addressed from a comparative perspective, which included the Latin American and Nordic/Norwegian experiences.