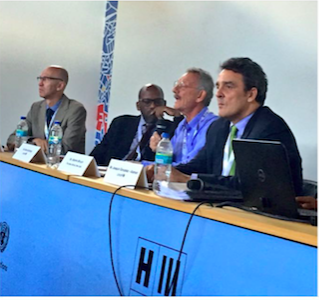 The report is based on recent household surveys carried out in eight countries in Latin America and the Caribbean, selected to capture the extensive variation across the region. It aims to assess and describe the extent to which children and adolescents are affected by poor housing conditions in urban areas. This report provides an analysis of the significant relationships between poor housing conditions and inequalities in access to other rights linked to child and adolescent well-being.

To demonstrate the scale of the problem, the report compares levels of inequality based on housing conditions within cities with the classic model of inequality between urban and rural areas.  In this way, the authors hope to provide evidence of the difficult and unequal living conditions in which a substantial proportion of children and adolescents in the continent’s most deprived urban areas grow up. This issue is particularly relevant for Latin America and the Caribbean—the region with the highest levels of urbanization and inequality in the world—and it has become the subject of renewed focus following the adoption of the new 2030 Agenda for Sustainable Development, the Sustainable Development Goals and the New Urban Agenda.