Equity and the Next Steps Towards the Millennium Development Goals 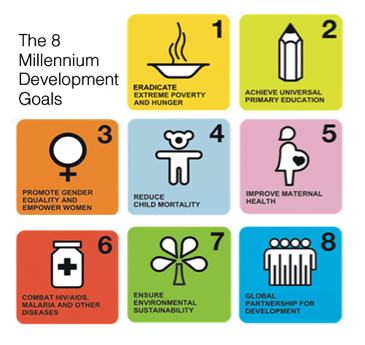 The United Nations set eight goals in the year 2000 – the Millennium Development Goals (MDGs) – to be achieved worldwide by 2015. These goals addressed deprivation and inequality in several critical areas, including poverty, hunger, health, education and gender equality.

I published a study with Enrique Delamonica, Mind the Gap! Widening Child Mortality Disparities, (Minujin & Delamonica, 2003) analyzing achievements in infant mortality in 24 developing countries. We concluded that the improvements gained during the 1990s passed over those in the poorest quintile. Children in that group were, on average, three times more likely to die before age five than those in the top quintile. This fact highlights a key problem of global poverty reduction tactics, such as the MDGs: they are ineffective in reducing global inequality and are creating a barrier to further progress. The greatest negative impact is on children, who are particularly vulnerable to the damaging effects of inequality because it impacts them throughout their lives “…in lack of services, resources, power, voice and agency… and it can have costly and disastrous consequences,” (Save the Children, 2012).

This danger is further illustrated through the remarkable Young Lives project undertaken at Oxford University, which is tracking the lives of 12,000 children in Ethiopia, India, Peru, and Vietnam from 2002 through 2015. The team’s policy paper, Progress towards the MDGs? Fragile Gains and Deep Inequalities (Young Lives Policy Brief 11, 2011), uses survey data to address “…some of the progress achieved under MDG targets reflected by the experiences of Young Lives children… [showing that] if the MDGs are to be transformational for children they need to help break the transmission of poverty between generations,” (ibid., 2011).

As Jan Vandermoortele said in a chapter of my most recent publication, “The point is that disparities within countries have become so wide that inequities are now undermining national – and hence global – progress… As long as the people in the lower quintiles do not partake in national progress, there is little hope for meeting the MDG targets by 2015,” (Vandermoortele, 2012).

The debate on what the MDGs should address post-2015 is underway at this moment. Several organizations and UN agencies are seeking to influence this debate by introducing the issue of equity. By setting new targets in terms of reducing social inequities we could define more effective goals and indicators and better monitor huge social, economic, cultural and political gaps that exist for the disadvantaged populations. Most importantly, we could increase our impact on the most vulnerable groups of children. Equity for Children believes we should all collaborate in this global campaign against poverty and inequality by voicing key issues that should be addressed in the post-2015 MDG goals. That way, we can ensure that equity will be a fundamental aspect of the new global poverty reduction agenda.