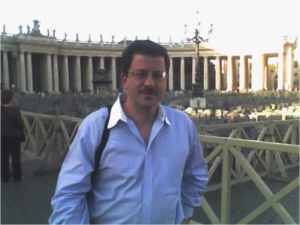 The new post-2015 millennium development goals are in the process of being created while the past ones are undergoing critical review. What role do equity and equality play in the current debate around the post-2015 MDGs? Richard Morgan, Senior Advisor on the Post-2015 Millennium Development Goals (MDGs) Agenda, provides a valuable insight. He is representing UNICEF in two major groups that are in charge to gather, analyze and elaborate proposals for the MDGs from around the world: the UN development group on MDGs that has been facilitating the thematic national consultations, and a task team for the post-2015 agenda.

Q: How would you imagine a society with equity for children?

A: I think it’s important to distinguish equity from equality. I would use equality to talk about children’s rights and human rights, as universal standards. As I understand it, there is no absolute standard for equity. Equity is a concept for what is considered fair or just. Equity is a relative measure. You could look at the ratio between income in one section of society and income in another. And then you have to debate and decide whether that is equitable. Let’s say 50% of children graduate and 50% don’t. That is not equality. But it is equitable? A country could establish standards saying that 100% of children should graduate from a certain level of education, but that would be a different level between countries.

Q: In the MDG group, are there different concepts?

A: I think yes, there are. There are three concepts in the discussion: equity, inequalities and equality. Some MDGs are based around universal targets, which imply equality like that all families have access to clean water and if that target is reached there would be equality of access at a given level among every family in the world. But it also says there should be equity between boys and girls for school enrollment. But you might get only 20% of boys in school and 20% of girls, and that would be equitable. But it would nothing have to do with the human rights standard of basic education as a right of children.

The equity-of-access target is complemented by the goal of universal enrolment at primary level. Some goals will be related to equity, others to equality. A MDG goal that says that we will reduce child mortality by x percent, is this equality? No, because that means several million children might still die. An equality target would be a universal one, such as no child is allowed to die from a preventable cause. UNICEF has an equity focus because it is focusing on those most left behind: it is working with partners to reduce child deaths among the worst off populations, increase school access among the most excluded children. We are also pushing for universal targets to be set and reached in these and other areas. An equity focus is likely to be efficient and effective in the effort to reach such targets.

Q: What are the challenges to include equity and equality into the next MDGs post 2015?

A: The main challenges are probably political rather than technical. Equity largely features, to the extend it does, as a strategic approach to focus on the worst off. This is largely a question of national strategies and those are not debated very much as part what will be a global Post 2015 development framework. The idea is that countries will take the framework and then apply it through their national strategies and policies. The design of the framework may guide countries to take an equity focus approach, but the equity focus will show up then in the specific choices made around national policies and programs.

Q: But can you include equity then into the framework itself?

Q: You talked about political challenges. What do you mean by that?

A: There are some groups where data is still very limited, such as people with disabilities, people living in slums, or ethnic and linguistic minorities in some societies. I see this mainly as an issue of political will, in the sense that the investments required to obtain the data need to be prioritized. Up to now very few countries have data on such populations.

Q: What areas of knowledge are needed to bring in more equity, more rights for children?

A: I think data is the primary thing so that those concerned can highlight and demonstrate the existing inequalities and make the case to address them. There is also growing evidence of the harm that inequalities and deprivation do both to children, to whole societies and to the wider economy by loss of productivity among future adults when children are deprived. Then there are the risks of social instability and lack of cohesion that tend to be created by highly unequal societies. The cost of violence, the impact of poor education on children, the longer-term and inter-generational impacts of malnutrition, such as stunting – whatever evidence does exist has to be mobilized as well as improved across countries. The further area for building and using knowledge is the use of documentation and evaluation to show what works in different country contexts to reach, empower and include those people who are excluded.

Q: Child protection is not mentioned in the current MDGs. Is there a chance that it will be part of the Post 2015 MDGs?

A: I think that is quite challenging, as there is not as yet a very strong political recognition of protection issues in the development context. There are however some potential components where it could be addressed, such as through improved governance, the rule of law, and human security. Child protection issues, such as the reduction of violence against and trafficking of children, could be featured under these concepts. There are many who may not yet see this issue as being part of a global development agenda, but the recognition of the massive costs and implications of protection failures for the development of people and societies is certainly growing.

Richard Morgan is the Senior Advisor on the Post-2015 Development Agenda at the United Nations Children’s Fund (UNICEF), responsible for promoting children’s rights and equity through participating and engaging in the multi-stakeholder processes leading up to 2015 and the expiry of the current Millennium Development Goals (MDGs).

Previous to this, Richard was the Director of Policy and Practice at UNICEF Headquarters in New York from (2009-2012). Richard also led UNICEF’s work on child statistics and advocacy for child-focused social and economic policies.

Earlier, Richard worked in Africa for more than two decades as a development planner, rural development specialist, economic and social sector advisor and humanitarian programme manager. He was a civil servant for several years with the Government of Botswana at central and local government levels, before joining UNICEF.