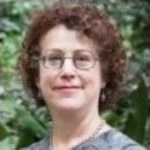 Margaret Hempel from The Ford Foundation, discusses equity regarding fair access to resources regardless of race, gender or class.  She elaborates oh how her foundation works to target the most marginalised in communities, including the youth who are often excluded in important decision making regarding factors that directly affect their lives.

Interview conducted in May 2014

Q: What does the concept of equity and equality mean for you and why is it important?

A: It is a driving concern at our foundation. We are trying to understand how we develop systems that promote, advance, and give people either equal or equitable opportunities in the sense that people have a chance both to access resources in a fair manner but also that laws and policies treat people in a balanced way so there is not discrimination based on gender race, class, ethnicity. We have for example a program which focuses on global gender, sexuality, reproductive health and rights that I am coordinating. We are exploring a frame that others use of “gender justice” — justice goes beyond being treated fairly under the law, so there are many different components of it and all are a part of the larger framework of the Ford Foundation.

Q: So the program you are heading promotes equity?

Q: What criteria do you have?

A: The laws, policies, and programs that have most effect and impact on the women who tend to be more or most marginalized. We start from that framework and then we have issue concerns. So for example, in the US we support work around reproductive justice with a particular focus on ensuring access to abortion and birth control for those that want to access these services. It also includes a concern for the dignity of pregnant and parenting women  and teens. We know that low income women and women of color have typically been excluded from setting those policy agendas. So in our policy work we look to see, are the groups that we are supporting really leading with the authentic voice of women and women of color? It’s not that we are looking for any specific criteria but how people do their work.

Q: What are the main causes for existing inequities that have a big impact on youth or children’s well being?

A: I’ll focus more on our youth programs. There is a wide range of discrimination that young people face, similar to adults, but then age related discrimination is added on top and a general marginalization of their priorities and views on issues. Young people in general tend to not have a voice in decisions that are central to their lives. We are very much driven as an institution by looking at programs and policies that put at the center the people that are most affected. Very often when it comes to young people, other people are speaking for them rather than creating the space for them to be speaking on their own behalf. Designing solutions that incorporate youth leadership and advocacy are important in that regard.

Q: If we dig deeper, what main causes would you name as provoking inequities?

A: I think they are often the very same ones that are true with adults. Issues around poverty, political voice, and whose priorities get heard and acted upon . We look a lot at issues around gender and sexuality along with race and ethnicity in terms of whose needs and priorities are met. These are the same if not amplified when when we are talking about young people.

Q: In that perspective, what main actions should be taken to address those structural causes?

A: This is a very general question and one that I have to answer more generally as we we have many different initiatives in our programme. For example we have efforts for ending child marriage in a number of countries. We have a youth advocacy program in the US. In the work for ending child marriage we recognize that this is both an abrogation of human rights and young women’s ability to fully participate in their communities and broader societies. We also recognize that it is deeply embedded in cultural norms that need to be shifted. So some of the things we are trying to do is raise awareness of the issue but, as importantly, once you’ve raised awareness you need to have some solutions. So just one example of the way to get at the structural issues is to look at programs that focus on education or programs that focus on asset building for a family and then add in the question around are these programs changing norms around roles for girls and women and does that include shifting the age of marriage. We are also concerned to know that if a program focuses on shifting the age of marriage and it is accomplished, what is the status of those young women? Does that actually improve their economic political community power?

At the global level we are working with some groups that are pushing for using child marriage as an indicator in the revamping of the international development goals (the MDGs). Ending child marriage is a very good indicator of a number of development and human rights areas. It doesn’t need to be its own target, it can be used as an indicator. Those are two examples of integrating into other issues. I would say one of the big foci in our work is supporting work that elevates and supports the work of young people directly in whatever sphere they are activists.

Q: Do you have a specific project where there is already evidence of best practice that this kind of strategy works?

A: We developed a strategy based on different bodies of evidence. Our own programming is only three or four years old in some of these areas so it may be too early to tell. There is good evidence in the ending child marriage area in terms of some of the integrated approaches. Certainly in terms of process outcomes, we see it in the work we supported to elevate young people to promote their own activism.

Q: Do you have documents or reporting on the process, monitoring reports?

A: We use our website to share information and also encourage people to look at the grantees’ websites.

Q:What do you think should be done to still increase the impact?

A: Again, this is quite general but I would say there is a real need for working with organizations and supporting them to figure out what is the information and data they want and need that will improve their own programming… then build evaluations out of that rather than setting up these independent evaluations systems. Groups themselves need to know what is leading to the greatest impact in their programming. That is my biggest concern–how do you build in this awareness and understanding of assessments as something to improve programming rather than something exogenous that donors require?

Q: What are the major challenges facing your program to address those matters of equity and how could they be involved in the future?

A: I think one is just the amount of resources going into this work. Another area that seems to be very challenging for groups is work that genuinely gives young people leadership. Engaging and creating the space for young people to lead can be very challenging to an organization. So, for example, we do a lot of work supporting internet and mobile engagement. Many organizations want to have a place where young people can have an authentic voice but then the institution comes in and adds their voice which defeats the purpose . So really finding that balance is challenging.

Another area that is critical to address is that women and men are constrained by the severe reactions to their stepping outside of traditionally proscribed gender or sexuality-related roles. This is true for gender/sexuality non-conforming women and men. Yet, too often we still use “gender” as interchangeable with women and don’t fully appreciate or understand the dynamic between male/female and the range of sexual identities. This sounds theoretical but has real practical implications for programs and policies and for change on the ground.

Q: Is it more at the political level or community level?

A: I think it is both. There is an extreme discomfort in the issues I work on — gender and sexuality. These issues are extremely political and require cultural and social norm change as well as legal and policy solutions. So the challenges are at all these levels.

Q: How has the landscape of funding evolved over the years with relation to equity?

A: That’s a good question.Around gender rights we are seeing progress. It has been a slow area to generate resources for funding specifically focused on women’s rights. Currently there is a growing interest in “women and children” but it often lacks a rights analysis. The framing is that women and girls will take better care of their children and families so programming should target them. Not for their own rights and autonomy and voice but because they are now supposed to solve our development problems. Too few resources are going towards real rights and empowerment models.

[1] References of good practices given by M. Hempel

Margaret Hempel is the foundation’s director for Gender, Sexuality and Reproductive Justice. Her portfolio focuses on advancing the rights of women and LGBT people; reducing discrimination based on gender, sexual or HIV/AIDS status; and ensuring that the priorities and leadership of women and young people who face multiple forms of social, economic and political exclusion are central to the advancement of policies and programs for sexuality and reproductive health and rights (SRHR). Her team makes grants in Mexico, Nigeria, South Africa, Kenya, Egypt, China, Indonesia, India and the United States.

Facebook
Twitter
LinkedIn
PrevPreviousTo Eduardo Bustelo: You Will Always Be Near
NextThe World Cup and children’s rights in BrazilNext